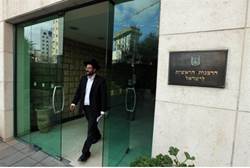 The 5 Towns Jewish Times wrote an article last week on the “proliferation of divorces” in the Jewish Orthodox community and on the current system that fails to protect women struggling to “navigate their way through difficult or bad marriages.”

The newspaper interviewed Rabbi Mendel Epstein of Brooklyn, New York, leader of a Jewish community, an experienced judge, and “to’ein”, the Hebrew term meaning “advocate” who represents on behalf of someone in front of a Rabbinical court of law. Rabbi Epstein has over three decades of experience dealing with over 2,000 Jewish divorce cases and felt the need to express the suffering he has seen due to the current system.

“There are so many women left in limbo by the process,” Rabbi Epstein claims. “There is hardly a family in the community that is not dealing with divorce or a yeshiva that does not have one or two children at minimum in every class whose parents are either in the process or already divorced.”