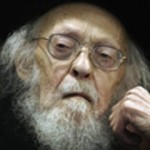 Rabbi Yosef Shalom Elyashiv, leader of the Lithuanian Orthodox public, is calling on haredim not to be tempted to join special programs offered by the State in military or civilian service and in higher education institutions.

He explains that these programs are subject to the rule of “rebels” and aim to bring the haredi public closer to the secular lifestyle, values and “culture of sinners”.

In honor of Hanukkah, the rabbi published a harsh letter in the Yated Ne’eman newspaper, stating that “we must protest and warn against any external attempts to touch the pure can of oil.”

According to Elyashiv, “The secret and foundation of the existence of the world of Torah and a fearful public is in a life of Torah and awe, out of complete segregation from the life and concepts of the secular world of those rebelling against the Torah.”

Safety still an issue at Meron