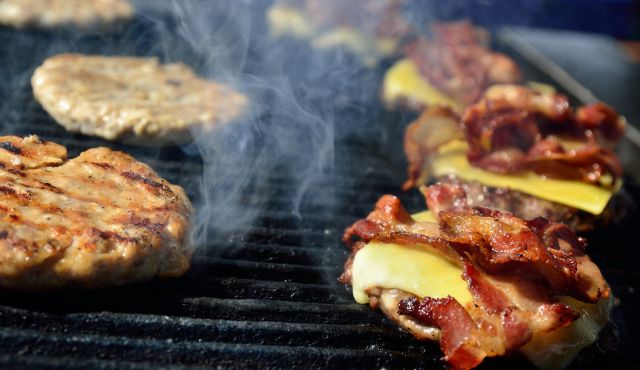 In order to keep the price of meat down and quantities of production up, farmers have developed methods for mass producing meat that are both cruel to animals and harmful to the environment. The method is known as factory farming.

Each full-grown chicken in a factory farm, where the majority of chickens are raised, has as little as six-tenths of a square foot of space. Because of the crowding, they often become aggressive and sometimes eat each other. Farmers deal with this by engaging in the painful practice of debeaking. Furthermore, due to genetic manipulation, 90 percent of broiler chickens have trouble walking – they’ve been packed so full of meat, they can barely stand up.

The mass production of meat also takes a toll on our environment. According to the USDA, animals in the U.S. meat industry produce 61 million tons of waste each year, which amounts to five tons for every U.S. citizen. “The pollution from animal waste causes respiratory problems, skin infections, nausea, depression and even death for people who live near factory farms,” it says, adding, “Livestock waste has been linked to six miscarriages in women living near a hog factory in Indiana.”

Moroccan Film Seeks Out Jews Who Left for Israel